Our next event in
View Event:
DaysHoursMinSec
Skip to content

MINISTRY TO THE HOMELESS 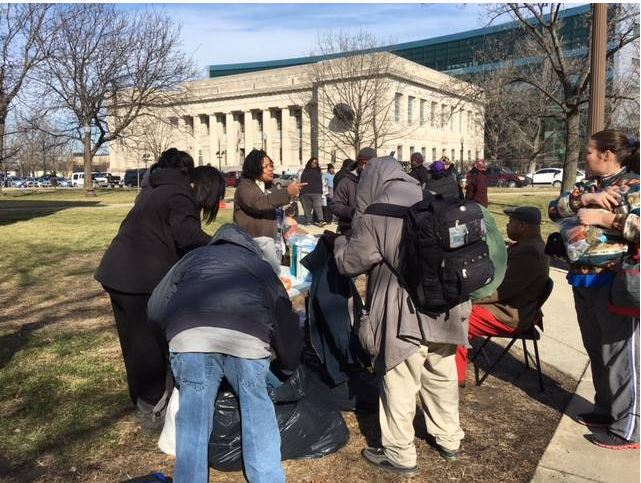 WHO ARE THE HOMELESS?

There are thousand of homeless people  in the U.S.  Some live on the streets, but others live in automobiles or boxes, under bridges, in railroad cars, or doubled up with relatives who can scarce afford to keep them. Many live in shelters. Some live in shacks so run down they cannot be considered fit for human occupation.

How many people are in this condition? Getting an exact count is impossible due to the living arrangements of homeless people. The most recent estimate suggests that 700,000 people are homeless on any given night and up to 2 million will be homeless at some point during a year. A 2015 White House study found that 12 million U.S. adult residents have been homeless at some point in their lives. These people come from all socio-economic classes, all races and ethnic groups. Forty percent of homeless men are military veterans.

Homelessness is no respecter of persons. The traditional idea of homelessness is that of the skid row alcoholic or derelict, those hunched in doorways and abandoned buildings, people carrying signs saying “will work for food,” and those sleeping on sidewalk grates on city streets. While these certainly are true depictions of homelessness, they are far from the complete picture.

The Steward B. McKinney Act defines as homeless any person who “. . . lacks a fixed, regular, and adequate night-time residence . . .” This narrow definition recognizes only the literally homeless—those on the streets, in shelters, or within a week of eviction. This definition works better for urban areas than it does for rural areas. The rural homeless seldom have shelters to go to, instead living in the places listed above, as well as in caves or tents in the woods. Besides these homeless people, there are the travelers who go from place to place subsisting on odd jobs, or those who are rarely seen or counted because they make do in a different location every night. Also among the homeless are men, women, and youth who will sacrifice their morality by “shacking up” for a night, a week, or a month in order to avoid living on the street.

Why are these people homeless? Sometimes it is due to bad choices, but it is also due to misfortune, illness, and inequities in our society. About one-fourth of all homeless people suffer some form of severe and persistent mental illness. Others are physically ill or disabled.

Our Outreach Ministry continues to seek God guidance, wisdom, and understanding in order to understand the causes  and needs of the homeless before planning ministries drives in key homeless migrated areas across the city of Indianapolis. The needs of each group of homeless vary, and so will ministry techniques. But with each group,  there are physical, social, and spiritual dimensions to their needs. To be a homeless person is to be lonely, even in a crowded shelter. To be homeless is to be caught in a downward spiral unless some intervention is offered. While homeless people are neither more nor less sinners than any other group, they are often marginalized, ignored, or even despised. Our Our Outreach ministry strives to  help homeless people by offering shelter locations and resources, but also by treating them with dignity and offering them hope through Jesus Christ.